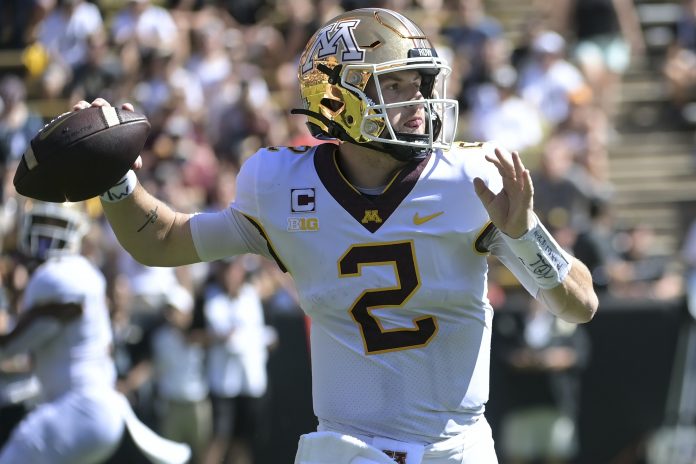 Skip to contentWe have done the DFS homework for you, and here are is our breakdown for Saturday’s slate of games in college football. We are using DraftKings numbers, so you have $50,000 to pick 8 players ($6,250 AVG). We are specifically targeting the CFB $150K Saturday Kickoff Main Event $50K to 1st contest ($20 entry). 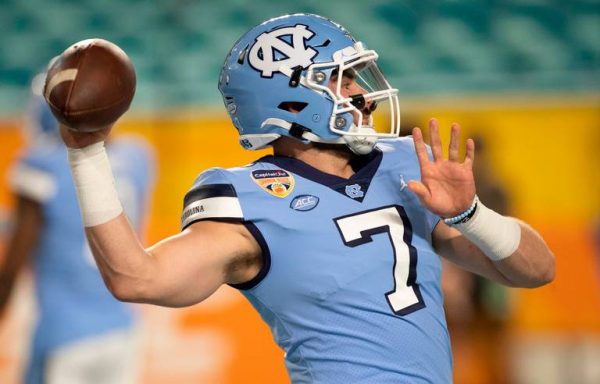 Sam Hartman (Wake Forest) $10,000 – Hartman has been spectacular and has a match-up vs a struggling UNC defense. You can’t go wrong with this play, but the price is too high for me.

Sam Howell (UNC) $9,800 – Howell has an opportunity to light up the scoreboard vs Wake Forest in what could be a high scoring game. Just like Hartman, this price is too high for me.

Matt Corral (Ole Miss) $9,600 – Check the injury report, as Corral might not play. But if he does, he will have a big game vs Liberty.

Malik Willis (Liberty) $9,300 – Willis will need to have a big game for Liberty to win, and he could be a productive fantasy player this week. This price scares me though, and I’ll look somewhere else for my QB.

Tanner Mordecai (SMU) $9,000 – Mordecai is an outstanding play this week. He’s averaging 34.2 FPPG this year and could get more points than that vs a weak Memphis defense.

Desmond Ridder (Cincinnati) $8,700 – Ridder once again has an excellent match-up. However,t he hasn’t taken advantage of it lately. He only had 11 points vs UCF and 14.6 vs Navy. This week he can get you 20-25 points if you’re willing to pay up for him.

CJ Stroud (Ohio St) $8,600 – I love this play for the value and the upside. Stroud is poised for a huge game vs Nebraska.

Adrian Martinez (Nebraska) $7,000 – Martinez could be in a situation to score a lot of fantasy points in a losing effort. Ohio State will win, but Martinez gets a rushing TD and 1-2 passing TDs.

Zach Calzada (Texas A&M) $6,400 – Calzada is low priced and has a match-up that could be tough, but he’s a good contrarian play.

Payton Thorne (Michigan St) $6,400 – Michigan State will try to rely on Kenneth Walker III, but Thorne could have a big game if Purdue controls the rushing attack.

Jarret Doege (West Virginia) $5,700 – Doege had a big game last week vs Iowa State with 27.8 Fantasy Points. This week he has a tough match-up, but with this price tag you just need 12-20 points.

Tanner Morgan (Minnesota) $5,400 – This is a huge longshot. I don’t recommend this play unless you absolutely need it for roster construction. 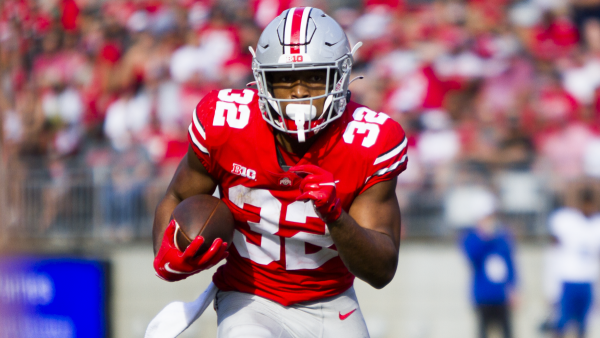 Kenneth Walker III (Michigan St) $8,600 – Waker doesn’t particularly have the greatest match-up here, but he’s what I call “Match-up Proof”. He has a high ceiling and high floor.

Jerome Ford (Cincinnati) $8,300 – Ford is excellent at the goal line and also a threat to break open a long run. He’s averaging 26.3 FPPG this season and has an excellent match-up this week.

Treveyon Henderson (Ohio St) $7,900 – Henderson is averaging 26.3 FPPG this season and has a match-up this week that I love.

Kyren Williams (Notre Dame) $7,700 – I like this play for Williams. His price isn’t too steep and he has a decent match-up.

Abram Smith (Baylor) $7,300 – Smith has been one of the top RBs that nobody’s talking about. He’s averaging 23 FPPG this season and has a match-up vs TCU which he could take advantage of.

Zamir White (Missouri) $7,100 – Missouri is HORRIBLE vs the run. White can definitely take advantage of this match-up and be a productive fantasy player. My only concern is UGA doesn’t need to give White a ton of rushes because they’ll be winning big early.

Leddie Brown (West Virginia) $6,900 – Brown has a tough match-up, but he’s a workhorse who will get plenty of touches.

Ty Chandler (UNC) $6,600 – Chandler is averaging 19.6 FPPG this season and could easily get you 20 points in this game which could be high scoring.

Snoop Conner (Ole Miss) $5,800 & Henry Parrish (Ole Miss) $4,900 – If Matt Corral plays, these two will obviously be excellent plays in a high scoring offense. Even if Corral doesn’t play, these two could get more work than usual to take some pressure off backup QB Luke Altmyer. 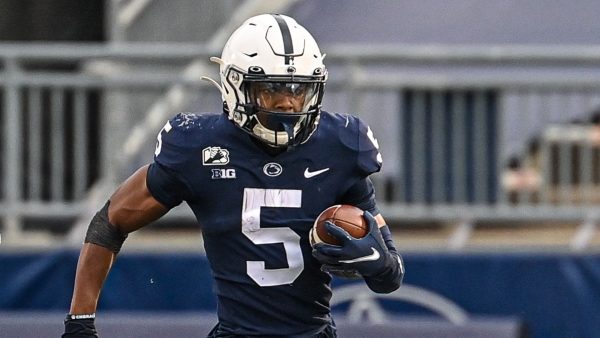 Josh Downs (UNC) $8,700 – Downs is my favorite WR play this week and it comes with a steep price, but he’ll be worth it.

Calvin Austin III (Memphis) $8,400 – If Seth Henigan plays at QB for Memphis this will be a great play. But check the injury report.

Jaquarii Roberson (Wake Forest) $8,000 – Roberson is an incredible play vs a UNC defense that hasn’t impressed me all season. Expect Roberson to get 8 catches for 125 yards 1 TD at a minimum.

David Bell (Purdue) $7,200 – Bell has potential for a massive game each week and Michigan State has some weaknesses in the pass defense. I love this play this week.

Garrett Wilson (Ohio St) $7,100 & Chris Olave (Ohio St) $6,900 – Both of these Buckeye WRs have high upside each week and have a match-up vs Nebraska they can take advantage of.

Jayden Reed (Michigan St) $6,400 – If Speedy Nailor is out, then Reed should get even more targets this week. And with high volume and this price, he’s a good play.

Danny Gray (SMU) $6,200, Reggie Roberson (SMU) $5,700 & Rashee Rice (SMU) $5,600 – I’ll tell you the same thing here with the SMU WRs that I tell people about Antonio Brown, Chris Godwin and Mike Evans in the NFL. One or two of these guys will absolutely go off and one won’t. It’s your guess to figure out who.

Austin Allen (Nebraska) $4,300 – Allen is a big red zone threat, and Nebraska might be forced to throw it around to keep up in this one.