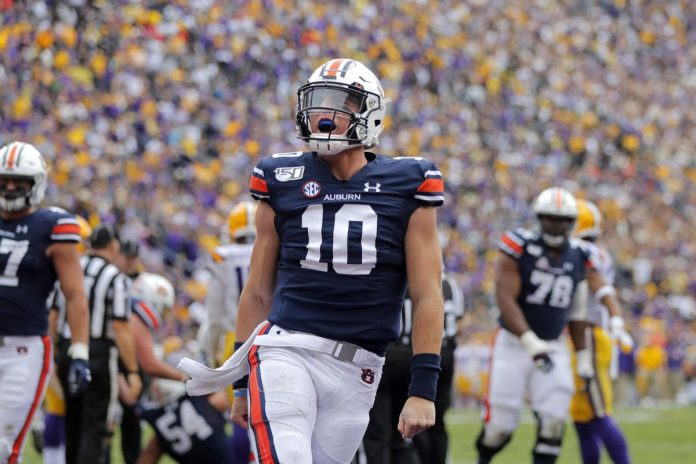 It’s time for Week 9 in college football. And it’s time for predictions. Lots of good football and interesting match-ups. Be sure to check out the ATS picks at the end.

An elite passing attack (UVA) vs a good rushing attack (BYU). This is a great match-up vs two solid teams. In the end, I trust Brennan Armstrong to get the win for the Hoos.

The Cyclones have the better team and a better QB. I love Leddie Brown at RB for the Mountaineers and he keeps WVU in this one. But the Cyclones ultimately win.

Fresno State is the trendy upset pick here, but I like the Aztecs to stay undefeated and get a close win led by their defense.

Staying undefeated in College Football is hard to do. Over 50 Top 25 teams have already lost this season and Houston isn’t a bad team.

Miami got a spark last week from QB Tyler Van Dyke and RB Jaylan Knighton and pulled off the upset vs NCSU. Expect them both to play well again this week, but Pitt QB Kenny Pickett will keep the Panthers undefeated in the ACC.

This game will be close and come down to a 4th quarter drive. Baylor has been impressive, led by QB Gerry Bohanon, and their defense is better than the Longhorns. I believe in the Longhorns in this game simply because I trust the offense led by Bijan Robinson at RB.

Kansas gave the Sooners a scare last week and people want to believe they’re a better team than they really are. In reality, Kansas is not a good football team, and I expect the Cowboys to win big.

The Demon Deacons have been a tremendous story this season and they’ll stay undefeated vs a below average Blue Devils team.

Mississippi State is one of those teams that wins games you don’t expect and loses games they shouldn’t. Most people expect them to lose this game, but I’m going to pick them to win by getting it done through the air.

This game is a big toss up. Notre Dame has question marks at QB while UNC has an elite QB who needs his Offensive Line to improve. I love Kyren Williams at RB for the Irish and he will most likely have a big game, while Josh Downs at WR for UNC will be tough for the Irish to contain.

I love Auburn this week coming off a bye. The Tigers are well rested and Ole Miss is playing with a banged up and beaten Matt Corral. Ole Miss definitely has the edge at QB and Receiver, but Auburn is the all around better team.

This game is going to set College Football back 30 years. The first to score 14 could win. This will be a low scoring punting contest. Both teams have good defenses and want to establish the run, and the under 36.5 is actually a good play.

Oregon hasn’t looked great since that win vs Ohio State, but this is a perfect game to get back on track.

This was the toughest game of the week to pick. A rivalry game with two teams who are evenly matched. Both teams will try to shut down the others rushing attack, which means it’ll come down to the QBs, the defense making a big play, or a big special teams play.

Penn State was gashed last week vs Illinois and Treveyon Henderson could have a phenomenal day on the ground. Expect PSU to play a lot better than they did last week and get up for this game. But the Buckeyes have too much firepower for the Nittany Lions to win.

Texas Tech just fired their Head Coach and most people expect them to get blown out here, but they’ll play tough. Henry Colombi at QB, Sarodorick Thompson at RB, and Erik Ezukanma at WR are solid players. Oklahoma is being led by True Freshman QB Caleb Williams and RB Kennedy Brooks. Expect both to have huge games.

Tulane has been a big disappointment for me this year, and their defense is a big issue. Bearcat QB Desmond Ridder and RB  Jerome Ford should have big games. Expect the Bearcats to win big.

Last season I picked Florida in this game and was correct. This season I’m picking Georgia and will be correct. Georgia has the better team, but Florida could cover the spread if Anthony Richardson is at QB.