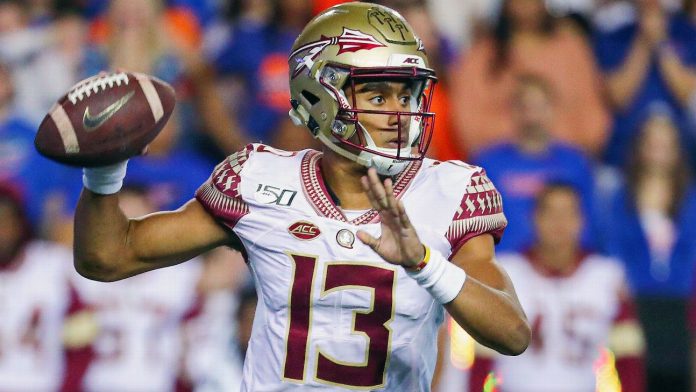 It’s that time of year again, college football fans. This is my preview for the DraftKings $120K Saturday Return contest. A $15 entry gets you in the contest which pays out $30,000 to 1st place. This Week 0 Contest has 6 games, some which feature FCS teams. 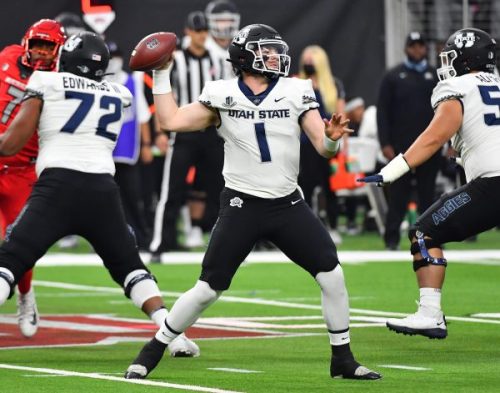 Reed was just named the WKU starting QB, beating out West Virginia transfer Jarret Doege. WKU has an excellent match-up vs Austin Peay. And although offensive coordinator Zach Kittley is gone, expect the Hilltoppers to score loads of points.

Travis has a A+ match-up. He will have no problem carving up the Duquesne Defense. My only worry with this play is the Noles could be up big at halftime, and Travis could rest in the second half.

Expect Brumfield to be the UNLV Starting QB vs Idaho State. This is an excellent match-up and you get good value at $7,400.

Don’t expect Northwestern to be very good this season and Thompson has some talented weapons around him on offense. If you want an averaged priced QB who has a high ceiling, this is the play.

DeVito transfers in from Syracuse and he will be QB1 for Illinois. The Illini have an excellent match-up vs Wyoming who lost a lot of production on defense. DeVito could easily get you 15 Fantasy Points, but his ceiling is capped because the Illini will run the ball 70% of the time.

If Northwestern is going to beat Nebraska, they’ll need a good game from Hilinski. At this price he’s worth a shot because even if NU loses, they might be throwing while trying to catch up.

Vander Waal is a former transfer from Wyoming. Expect Idaho State to lose and be throwing to catch up. If that happens, Vander Waal could get you a reasonable amount of points. At this price, I’d be happy with 12 points.

I love Perrantes as a player. He’s a dual threat QB who will excel vs FCS Competition. However, this is a tough match-up vs FSU. Yes, he’s cheap at $4,800, but I’d be surprised if he got 8 points.Skip to conten 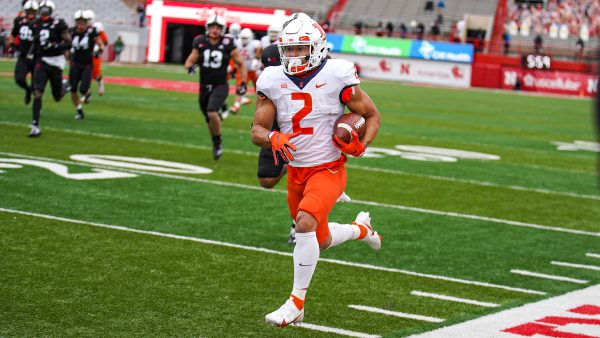 Brown is the workhorse RB for the Illini, and I expect him to dominate vs an inexperienced Wyoming defense.

Robichaux has an excellent match-up vs Austin Peay and should be a safe bet for 10-20 points.

I’ve heard great things about Grant this offseason, and I expect him to make a big impact this season for Nebraska. Expect the Cornhuskers to get a lead, pound the rock, and win the game.

The FSU RBs have a great match-up vs Duquesne. Ward is my favorite play, but Toafili is a good play as well for the discounted price.

Northwestern wants to establish the rushing attack vs Nebraska, and these two should get plenty of opportunities. I’m not overly excited about these plays, but they could get you 7-15 points a piece.

I expect Illinois to beat Wyoming handedly, but Swen will get plenty of volume. Expect him to have 20 touches or so no matter the outcome.

Samuel plays for Austin Peay, and he should get plenty of touches. I like this as a volume play and a revenge play (Samuel use to play for WKU).

If the Illinois/Wyoming game plays out how I think it will, then Illinois will have a big lead which will lead to plenty of touches for McCray.

I don’t like this play for Carter as Uconn plays Utah State. Expect the Huskies to be trailing and throwing to catch up. 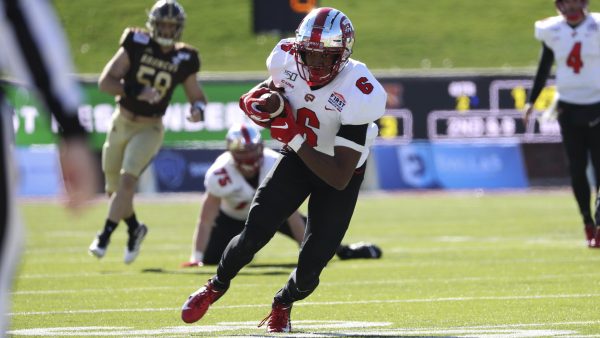 Corley is the top returning WR for WKU and he should get plenty of targets. His match-up vs Austin Peay is also a plus.

Pittman transfers into FSU from Oregon. He has an opportunity to be WR1, and I expect Jordan Travis to establish a connection with him early on.

McGriff and Cobbs both have excellent match-ups and a QB who’s a gunslinger. McGriff has an established connection with Logan Bonner and Cobbs is a transfer from Maryland.

Williams is a versatile and explosive athlete who should get plenty of opportunities vs Wyoming.

Manning and Palmer should be the top two wide receivers for Nebraska. Personally, I like the upside of Palmer and believe he could be in line for a HUGE 2022 season.

Hall has a match-up that I like, and he should see plenty of targets. Last season, he averaged over 12.5 FPPG.

Williams is listed as questionable, so check the injury report before playing him. If he plays, he should have a productive day vs Idaho State.

All five of these WKU WRs/TEs are excellent plays. The only question is which one or two has the best game. Each one has an excellent price tag, and if I had to pick I like Simon and Sterns.

White is a transfer from Michigan State who I expect a big season from in 2022 for UNLV. I love the value you get at $5,100 for White.

Marion should get plenty of touches if UConn is trailing. Don’t forget, star receiver Cam Ross is also out for the season.

Vokolek is a proven and established security blanket for the Cornhuskers. At this price all you need is 8 points or so.

Wilson is a transfer from Arizona State who now plays for Florida State. This is an excellent value play at $4,100.

Ballungay is a player a lot of people don’t know about, but I’m expecting a big season from him. UNLV has a great match-up, and I wouldn’t be surprised if he gets you 10+ points.