Pypeline
Home Basketball News The “Big 3” in the Big 12 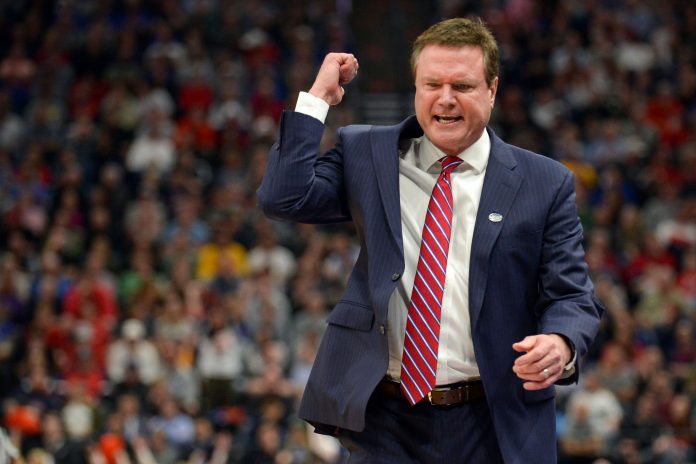 Approaching the midway point of the conference schedule, there are three teams in the Big 12 Conference that are currently in the Top 10 in both the RPI and NET rankings. The RPI is an older computer statistical method that was mainly used before last season but was replaced with a new and advanced ranking called the NET. The two different ranking systems have some similarities in what goes into them. However, they are ultimately different. The three schools from the Big 12 that rank in the Top 10 in both of these rankings are Baylor, Kansas, and West Virginia.

The Bears are currently 20-1 (9-0). Their the only loss was to unranked Washington all the way back on November 8 in the Armed Forces Classic in Alaska. Since then, Baylor has won 19 games in a row, including impressive wins over Villanova, Arizona, Butler, Kansas, and Florida in the Big 12/SEC Challenge. The Bears are currently ranked 6th in the RPI and 2nd in the NET. According to Joe Lunardi, Baylor is currently a 1 seed in the South bracket in the NCAA Tournament.

The Bears currently rank 5th in scoring defense, only surrendering 58.4ppg. They are also a very good rebounding team, including on the offensive end. Baylor is known to crash the offensive glass to makeup for inconsistent shooting. They rank 13th nationally in offensive rebounds, which ranks 2nd in the Big 12, only behind West Virginia (who is 3rd nationally). In order to make a deep run in March, Baylor is going to need to keep up this stingy defense and aggressive glass crashing.

But they’ll need to make some outside shots as well. Baylor is inconsistent on the perimeter. On the year, they are shooting 35%, which ranks 84th nationally. If this number can get up to 40% or higher, along with their stingy defense and glass crashing, Baylor could be cutting down the nets come April. The Bears will be a tough out come March, with the ability to make the Final Four and potentially win it all.

Current National Championship Odds (according to vegasinsider): 12/1 (tied for 4th best with Dayton)

Kansas currently holds a 19-3 (8-1) record with impressive wins over Dayton, Colorado, West Virginia, and Tennessee in the Big 12/SEC Challenge. Phog Allen Fieldhouse has historically been a very tough place to win at. The Jayhawks currently hold an 11-0 record at home this year. The Jayhawks are currently ranked 1st nationally in the RPI, while being ranked 4th nationally in the NET. During the 2019-20 campaign, Kansas has found much success scoring the ball. They are averaging a solid 75 ppg while only giving up 61 ppg. That 14-point scoring margin ranks 6th nationally.

Another offensive point of emphasis for Kansas is field goal percentage and consistency shooting the ball. The Jayhawks currently have a 49% overall shooting percentage, which ranks 7th nationally. Kansas’ offensive consistency will be what carries them into March as a very high seed. According to Joe Lunardi, Kansas is sitting as a 1 seed along with Baylor, but the Jayhawks are in the Midwest bracket. Kansas has the potential to make it to the Final Four and win the national title. Consistency on the offensive end, along with Udoka Azubuike owning the paint will be the story if this team does make a run to the Final Four or beyond.

Current National Championship Odds (according to vegasinsider): 7/1 (tied for 1st best with Duke)

The last of the “Big 3” in the Big 12 is the West Virginia Mountaineers. The Mountaineers currently hold a 18-4 (6-3) record. West Virginia at times has looked like the best team in the country. At other times they’ve just looked like an average team. Of their 4 losses, 3 of them were against unranked teams (St. John’s, Kansas State, Texas Tech). However, in their defense, they were all on the road in hostile environments. In these games, WVU could not do what they do best, which is play smothering defense and dominate the paint.

Outside of the three bad losses listed above, WVU has looked dominant in many of their games. Even after having 4 losses, WVU ranks very well in the RPI and NET because of their SOS (strength of schedule) and quality wins. The Mountaineers come in at 2nd in the RPI (Kansas is 1st), and 9th in the NET. According to Joe Lunardi, WVU is currently a 2 seed in the West bracket. WVU also comes in with a perfect 11-0 record at home with an average scoring margin of +19 ppg in those games.

Some people question if the Mountaineers can consistently perform away from Morgantown when tournament time comes around. West Virginia has the potential and coaching to make a run to the Final Four and possibly win a championship. But they can also lose early on because of their mysterious performances away from home. The keys to a WVU Final Four run is to do what they do best which is playing smothering defense and dominating the rebounding categories. Llike Baylor, a point of emphasis for WVU is to shoot the ball better from outside. If they can do all three of those things throughout March, you might see the Mountaineers in Atlanta.

Current National Championship Odds (according to vegasinsider): 16/1 (tied for 7th best with Auburn and Michigan State)