College football is right around the corner. We’ve already previewed FCS QBs to be on the lookout for this year, as well as G5 QBs that you should know. Now we’ll take a look at the breakout P5 QBs that are poised to have big years.

Uiagalelei has all the tools to be a Heisman winning QB. He has the size, arm strength, awareness, and he’s also a threat with his legs. Last season, he threw for 914 yards and 5 TDs with 0 INTs, completing 66.7% of passes.

Young has a chance to be the biggest breakout player in CFB this season. The former 5

has all the tools to be successful, and he’s surrounded by some of the best talent in football.

Johnson, the son of Brad Johnson, showed some great potential last season as a Freshman. Last season, he threw for 1,069 yards, 8 TDs, and rushed for 2 TDs while only throwing 1 INT. There is a bright future ahead for this young man.

, could also be one of the biggest breakout player in CFB this season. He’s surrounded by the best WR corps in football and has some elite Offensive Linemen blocking for him.

Jones finally gets his opportunity in 2021 to prove himself. He could be in line for a huge season this year. In his career, he’s thrown for 613 yards and 7 TDs, while rushing for 514 yards and 6 TDs.

Bailey was a highly regarded recruit and last season as a Freshman he threw for 578 yards and 4 TDs, completing 70.6% of his passes. Bailey will compete for the starting QB job. If he wins the job, he has a high ceiling.

Burmeister has potential, if he can stay healthy. He’s a playmaker who can also do damage on the ground. In his career, he’s thrown for 1,060 yards and 4 TDs and he’s rushed for 324 yards and 5 TDs.

in-state recruit, has an opportunity for a big breakout campaign in 2021. Last season, he threw for 405 yards and 2 TDs and rushed for 91 yards. He’s a dual threat with a lot of potential. 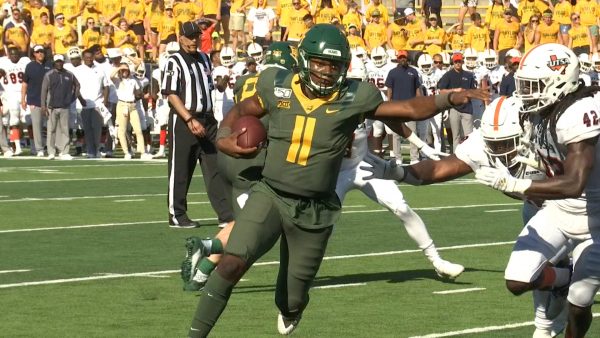 Bohanon has thrown for 296 yards 3 TDs and rushed for 194 yards 2 TDs in his career. He’s a Junior but has limited experience.

Thompson doesn’t have much experience, but he’s been spectacular in limited time. In his career, he’s thrown for 309 yards 6 TDs with 0 INTs and he’s rushed for 1 TD. Expect a BIG 2021 season from him, if he wins the Longhorn job.

Card is just a Freshman and he’s only 1-3 for 5 yards in his career, so he’s extremely green. His upside and potential, however, have many people intrigued. Card is a Dual Threat who also has a viable arm.

True Freshman who’s the son of Damon and nephew of Brock and Luke. Huard has the opportunity to be a starter immediately because his talent and upside is greater than any QB on the Huskies roster.

Sam Huard breathing down his neck.

Buchner is a True Freshman who has more upside than any QB on the Notre Dame roster. If Wisconsin transfer Jack Coan slips up, Buchner could get some PT this season.

Levis transfers in from Penn State and he has a good chance to be the Week 1 starter. In his career, he’s totaled 644 passing yards and 3 TDs and rushed for 473 yards with 6 TDs.

True Freshman who the Wolverines have big expectations for. He will have to compete for the starting job with Cade McNamara. If he wins the job, expect a big breakout season.

McNamara was impressive in 2020 when he got an opportunity. He threw for 425 yards and 5 TDs with 0 INTs and rushed for 1 TD.

Lewis threw for 95 yards and rushed for 1 TD in 2020. Now that Sam Noyer has entered the Transfer Portal, Lewis has to be considered the favorite to win the job. He’s only a Freshman, but the Buffaloes have big expectations for him.

Cruz is a Transfer from Washington State who the Wildcats hope to get a big season from. Cruz is just a Freshman with 1 career TD.

Jefferson is the projected starter at QB for the Razorbacks. He’s only a sophomore and in his career he’s thrown for 492 yards and 3 TDs and rushed for 4 TDs. He needs to work on his accuracy. If he does that, he should do well.

King is a quick Dual Threat QB with a ton of upside and speed. QB is the biggest question mark for the Aggies and King definitely has potential but minimal experience. In his career, he’s thrown for 59 yards 1 TD.