We have done the DFS homework for you, and here are is our breakdown for Saturday’s slate of games in college football. We are using DraftKings numbers, so you have $50,000 to pick 8 players ($6,250 AVG). We are specifically targeting the CFB $250K Mini Mid-Season Main Event $50K to 1st contest ($20 entry). 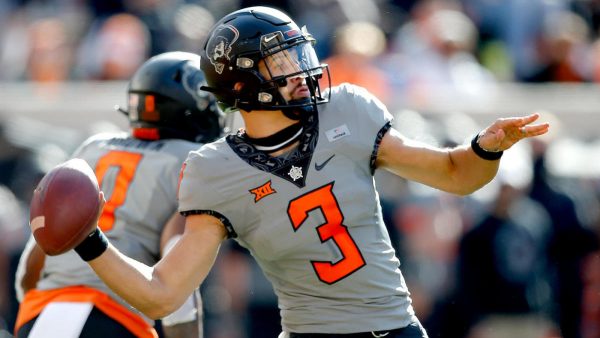 Sam Howell (UNC) $9,200 – Howell has a high ceiling, even though he’s been inconsistent this season. I like the match-up. Howell has a big game.

Kenny Pickett (Pitt) $8,400 – Pickett is having a big season, and the Panthers will struggle to run the ball vs VT. Expect a big game for Pickett and the passing attack.

Emory Jones (Florida) $8,300 – Jones gets you a good amount of points rushing each week, and he has a favorable match-up vs LSU.

Desmond Ridder (Cincinnati) $8,100 – Ridder is always a solid play. Expect Jerome Ford to have a big game at RB. So I’d play him instead of Ridder. But you can never go wrong with this play. Ridder will get you 15-30 points every single week.

Casey Thompson (Texas) $7,800 – Thompson went off last week for 36.1 points. His match-up this week is tougher. But for this price, he’s still a good value.

Payton Thorne (Michigan St) $7,300 – I really like playing MSU RB Kenneth Walker III this week. But if you want to get contrarian, play Thorne. He’s averaging 23.9 FPPG and has been consistently solid.

Spencer Sanders (Oklahoma St) $7,100 – Sanders has a good match-up vs Texas this week and this price is reasonable.

Tyler Van Dyke (Miami) $6,900 – UNC hasn’t been that impressive and Van Dyke has a good price. He probably won’t be highly owned and will be a good contrarian play.

Gerry Bohanon (Baylor) $6,300 – Bohanon doesn’t have a great match-up, but it’s also not a terrible one. Last week, he shredded WVU and should get you 15-20 fantasy points.

Bo Nix (Auburn) $6,000 – Bo Nix is an excellent play this week because of this cheap price.

Tanner Morgan (Minnesota) $5,400 – If you want to punt the QB position this week, then Morgan is your play. He has a great price and could still get you 15+ points. 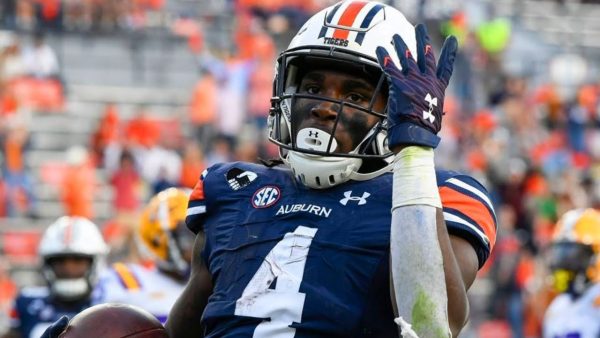 Bijan Robinson (Texas) $8,900 – Robinson is an elite talent, and even though he doesn’t have the best match-up, he will still find a way to produce in DFS.

Jerome Ford (Cincinnati) $7,200 – I love this play this week. Ford is a TD machine and could easily get you 2 scores or more.

Jaylen Warren (Oklahoma St) $7,100 – Kennedy Brooks ran all over Texas last week, and he hadn’t done much all year before that. Warren has looked impressive and should find a way to be productive on Saturday.

Tyler Goodson (Iowa) $6,500 – Goodson is the focal point of the Hawkeyes offense and will get plenty of touches. This is also a good value price for him.

Ty Chandler (UNC) $6,300 – In an offense that has potential to score 35+ points, expect Chandler to get quite a few touches and find the end zone.

Tank Bigsby (Auburn) $5,800 – If you want an excellent value play at RB, this is the one. Bigsby has a ton of upside.

Raheem Blackshear (Virginia Tech) $5,200 – Blackshear is a threat in the passing attack, and VT hasn’t been a deep threat throwing team this season. Expect Blackshear to get a few catches and 10+ rushes.

Devon Achane (Texas A&M) $5,100 – Achane consistently gets 15 points a week. He has a great match-up vs Missouri who has already fired their Linebackers coach because they’re so bad vs the run. 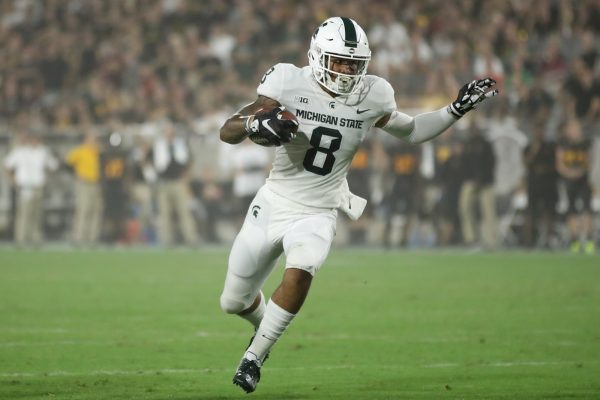 Josh Downs (UNC) $8,700 – Downs has an excellent match-up, and he finds ways to produce every week.

Jordan Addison (Pitt) $8,000 – Addison produces every week averaging 29 FPPG. His matchup isn’t the greatest vs VT especially if Jermaine Waller guards him but he will still get 6+catches.

Xavier Worthy (Texas) $7,400 – Expect Worthy to be a popular play this week. You can’t go wrong playing him, but his match-up is tougher this week than last week.

Alec Pierce (Cincinnati) $6,800 – Pierce is a big red zone threat and a top target for Ridder.

Treylon Burks (Arkansas) $6,600 – Burks doesn’t have a great match-up, but he’s capable of scoring and producing fantasy points vs anyone.

Jalen Nailor (Michigan St) $6,200 – Nailor went off last week for 48.1 Fantasy Points. Michigan State has a QB who can spread the ball around and I’d expect another good week for Nailor.

Charleston Rambo (Miami) $6,100 – Expect Miami to be trailing in this game and for them to have to air it out. Rambo is a top receiver on the team and I expect him to get 5+ catches.

Ty Fryfogle (Indiana) $5,300 – Fryfogle is only averaging 11 FPPG this season, but he’s always a home run threat with a chance for a big game. I also love the match-up vs Michigan State, so I’m definitely playing him this week.

Tre Turner (Virginia Tech) $5,000 – Turner is a big play threat for VT and he gets involved in the run game often with jet sweeps. He has a good price and should be a decent play.

Demetris Robertson (Auburn) $4,500 – If Bo Nix has a big game, there’s a good chance Robertson does as well, and this price is very cheap.

Ainias Smith (Texas A&M) $4,400 – Smith had 26 fantasy points last week. If the Aggies get it going through the air vs Missouri, Smith will be the beneficiary.

Peyton Hendershot (Indiana) $4,300 – I played Hendershot last week as a cheap dart throw, and he got me 13.8 points. I expect him to have a similar impact this week, as he’s always a red zone threat.