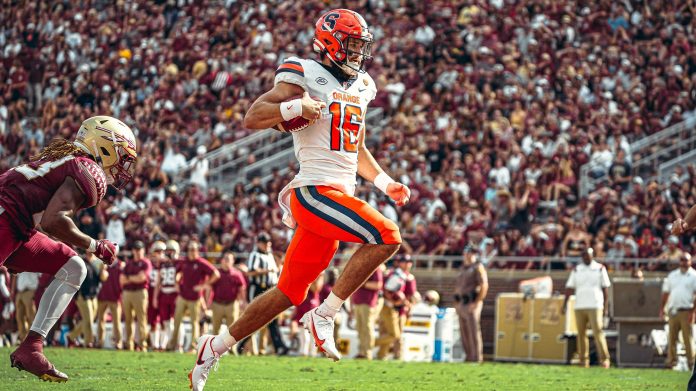 We have done the DFS homework for you, and here are is our breakdown for Saturday’s slate of games in college football. This is our preview for the DraftKings $200K Saturday Kickoff contest. A $15 entry gets you in the contest which pays out $50,000 to 1st place. We are using DraftKings numbers, so you have $50,000 to pick 8 players ($6,250 AVG). 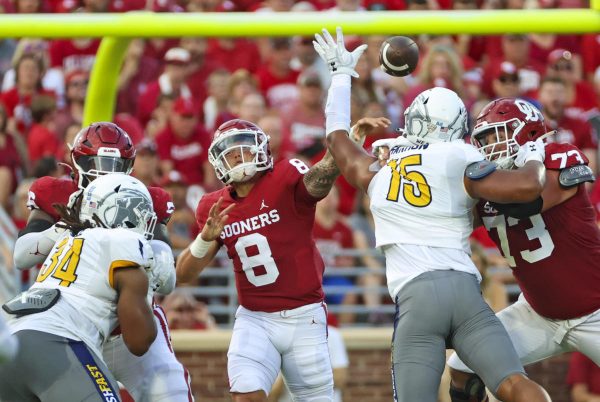 Gabriel is the best play on the slate this week, and I’m willing to pay up for him. Nebraska has been atrocious vs the Pass. Tune goes up against Kansas. This game could be higher scoring with the Jayhawks actually scoring points, allowing for Tune to continue to pass and rack up yards.

Last week Indiana got picked apart by Idaho. Reed has more weapons around him and should be an excellent low owned play. It’s time for everyone to start putting some respect on Stetson Bennett. He’s proven he can be a viable fantasy option, and I expect 20-35 points vs South Carolina. Ben Bryant has a favorable match-up vs the Redhawks of Miami and should be a low owned contrarian play. Shrader has been on fire so far this season and has a match-up vs Purdue that could be high scoring. I love the play and I love the value at $6,400.

Bradley has been lighting it up this season and South Alabama should be trailing and passing often vs UCLA. Drew Pyne will takeover as starter for Notre Dame after the Tyler Buchner injury. At $5,300 he’s super cheap compared to the talent he has. If you want a longshot dart throw that could get you 10-20 points, it’s Cal QB Jack Plummer. 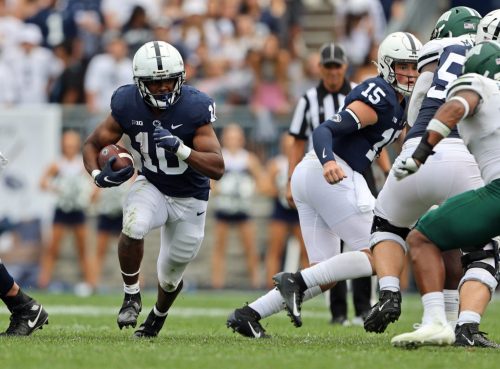 We all know Nebraska is horrible, but Anthony Grant has been a bright spot. He’s averaging 142.7 rushing yards per game and should get a heavy workload vs the Sooners. Shaun Shivers had a big game last week vs FCS Idaho, and I expect the Hoosiers to continue feeding him the ball vs WKU. No matter the match-up, Tank Bigsby is a play you can’t ignore. When his price is $5,600, then he also becomes an excellent value. Nicholas Singleton will be one of the top RBs in CFB entering next season, and you get him for $5,300 here which is an outstanding value.

Tyree hasn’t done anything this season fantasy wise, which is why this is a longshot play. The former 5-star is only 4K, but I could see the Irish lean on the running game more with Tyler Buchner out. All you need is 10 points or so for Tyree to make you a profit. 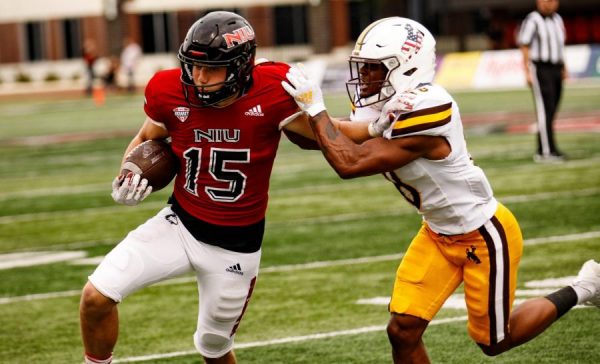 Mims has a great match-up vs Nebraska and should take advantage of it and get you 20+ points. The Casuals will skip right over Cole Tucker. He’s the #1 WR for NIU and has an excellent match-up vs Vanderbilt. Expect him to be low owned. Charlie Jones has been the biggest surprise at WR in 2022. He transferred from Iowa (Best Decision Ever for a WR), and he now has a viable QB who can get him the ball. The match-up for Jones isn’t actually the best because Syracuse has legit DBs, but he will get plenty of volume. Nathaniel Dell was an absolute steal last week at 6K. DraftKings has adjusted this week, raising his price. However, he has an excellent match-up vs Kansas and is still a great play.

Mingo has a match-up I like vs GT, and he comes in at the average price of 6.2K. I love the play of Mayer this week because he will be a security blanket for Drew Pyne. I also expect him to get a redzone TD this week. Daewood Davis is a big athletic freak at WR for WKU. I’m willing to take a chance here for 5.2K.

Wells has a TOUGH match-up vs Georgia, but the Gamecocks should be throwing a lot, which means he could still get substantial volume. Palmer has a lot of talent, and if my game script plays out, I could see Nebraska trailing Oklahoma and throwing to play catch up. Durham hasn’t done much so far this season, but Syracuse will most likely look to shut Charlie Jones down, which could lead to opportunities for Durham. He should also be low owned.

Be sure to check out the latest Fantasy Friday podcast, where we discuss all things DFS: