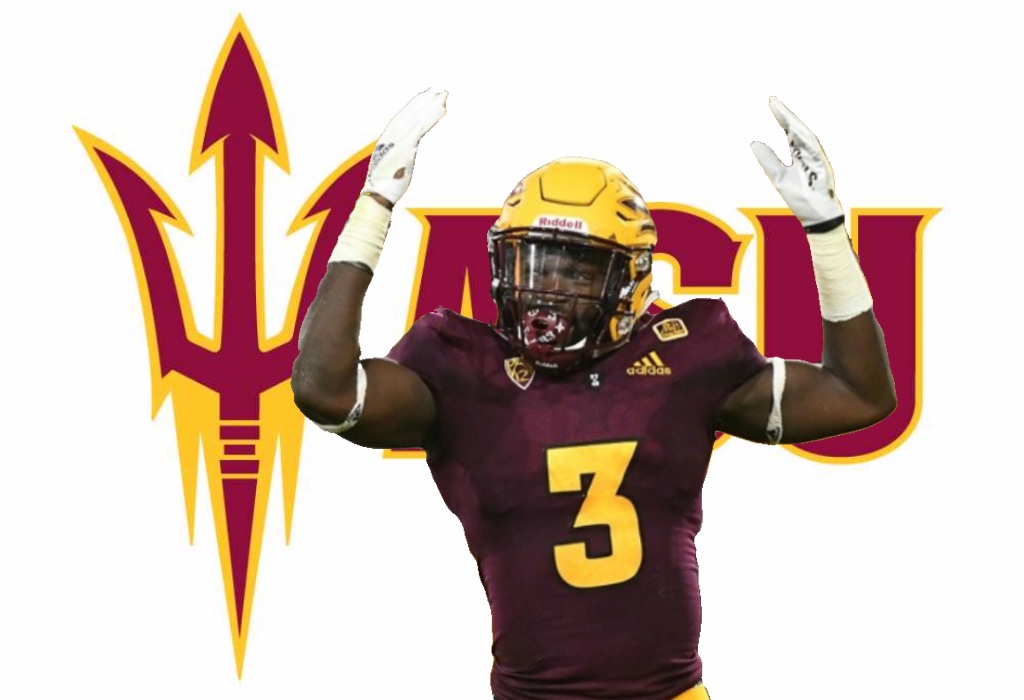 If you play Daily Fantasy, then you’ll want to pay attention to this article. I play DraftKings and prefer that over any other DFS outlets out there. Here’s some helpful tips for college football on Friday night. Remember you have $50,000 to pick 8 players ($6,250 AVG).

When filling out a DFS lineup for College Football you need to realize that you’re only picking Offensive Players. With that being said you have to know what teams could score a lot of points and which players are going up against good defenses. My general thoughts on this Friday Night slate of games is that Air Force could score a lot on the ground and VT/Duke could have 8-10 TDs. Penn State is tied for 4th in the nation in points allowed which tells you their Defense is legit, Arizona State is 17th and CAL 27th so I don’t expect a lot of points in the CAL/ASU game.

Harris is the highest valued QB and will cost you a good amount. However, he’s going up against a Hokies defense that has looked bad the past two years and struggles vs mobile QBs. Harris was 24-27 for 237 yards 4 TDs vs Middle Tennessee and also rushed for 107 yards.

Hammond is a safe play if you’re looking for 20 points. He’s averaging 20.2 FPPG this season and has the ability to throw as well.

Ryan Willis looked terrible vs Furman and could very well have another bad game. However, the potential is also there for 3+ TDs. He has a phenomenal group of WRs/TEs and I’m expecting him to get 2-4 TDs.

The potential is there for Clifford. He struggled vs Pitt, but did well vs Buffalo and Idaho. He will have at least two touchdowns vs the Terps.

Kenny Pickett threw for 372 yards vs this Penn State defense. Yet, Jackson struggled vs the Temple Defense only completing 39% of his passes. It’s a roll of the dice.

The Golden Bears Defense is really good, the 27th best in the nation, and Daniels is just a true freshman. Stay away.

Eno Benjamin $7,600 and Anthony McFarland $7,700 are the best RBs on Friday night. But both of their matchups scare me. However, you can’t go wrong with an elite RB like these two. All it takes is one big play to get you major points.

I LOVE this play. You get an excellent RB for a great value. Remsberg has 267 rushing yards and 3 TDs this season and being in an option offense he always gets plenty of touches.

Jackson rushed 22 times when the Blue Devils played Middle Tennessee. The Hokies defense usually gives up one or two big runs a game, so take a flyer on Jackson.

This is the best RB value on the board. You get a starting RB who’s not known by many just yet. So not many people will take advantage of this value play. King is extremely explosive and I expect his touches to keep rising.

Young had 6 catches for 106 yards and 2 TDs vs MTSU and looks to be the favorite target for Quentin Harris.

The Hokies use 5-6 different receivers, but Tre Turner is the #1 guy in Blacksburg. They call him Big Play Tre for a reason. He has a good chance of getting in the end zone Friday night.

Hamler has 10 receptions for 245 yards and 2 TDs this season. He’s a big play threat who should get 5-8 touches.

$4,800 is excellent value for someone who’s a big time red zone threat. Freiermuth has 2 receiving TDs this season.

Calhoun has 15 catches for 153 yards and 3 touchdowns this season. This is a good play as you can expect 4-7 receptions for Calhoun.

If you want to load up on higher ranked players and take a flyer on an undervalued player then take Mitchell. Mitchell has a rushing and receiving touchdown this season.

If you want to give DFS a try, sign up for free at DraftKings.