The ACC football season has kicked off with a 45-0 victory for NC State over South Florida but there is plenty left this weekend. By the time Week 1 is over, 13 ACC match-ups will have been played, involving each of the fourteen conference members.

Here is a look at the main stories to keep an eye on throughout this slate of games:

1. A Top Five Match-up Will Have Early Playoff Implications for Clemson

As discussed in the ACC vs SEC Week 1 preview, Clemson is a 3.5 point favorite against Georgia, but the true talent of these teams may be even closer. While Brent Venables’ defensive line will be difficult to handle in the trenches, the Bulldogs have an abundance of offensive weapons that are dangerous in space.

We will get our first glimpse at Clemson QB D.J. Uiagelelei as a full-time starter and as well as a new committee of Tiger running backs.

If Clemson is able to pull off a victory, it offers insurance to lose one down the stretch and still make the playoffs. A close loss should also be forgiven if they run the table. But a blowout loss may leave the Tiger’s destiny out of their own hands. 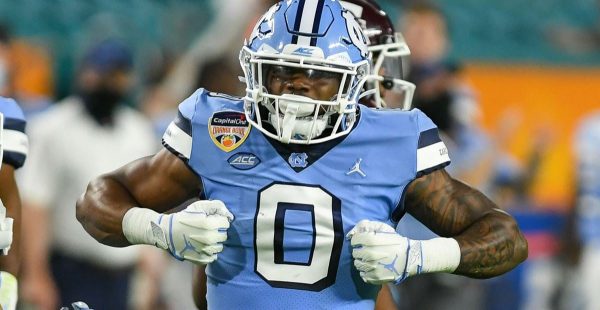 2. UNC vs VT Will Set the Stage for the Coastal Early

North Carolina is the favorite to win the ACC Coastal division at +170, followed closely by Miami at +180. The Hokies are much more of a dark horse pick, but the spread for this game in Blacksburg is within one possession. Therefore, there is something about this game’s setting and circumstances that favors the Hokies.

Regardless, it could be a huge win for Hokie head coach Justin Fuente’s extended tenure or the real beginning of the end. UNC’s head coach Mack Brown’s squad has high expectations but the outlook could completely change depending on the outcome of this game. 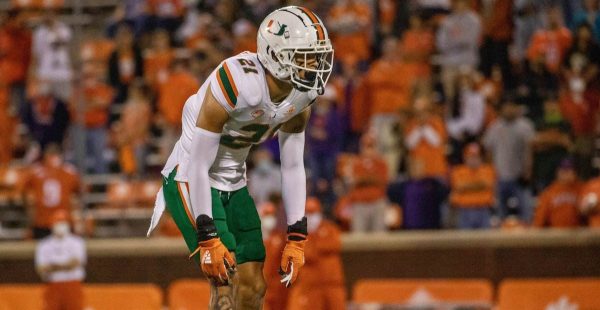 3. A Huge Chance for Miami…But The Odds Are Not Favorable

The Hurricanes open the season against Alabama, as discussed in the ACC vs SEC preview. Nick Saban’s squad is a 20-point favorite. It is difficult to bet against them, even at those odds, given their opening game success in the past.

Alabama has covered the past five spreads in game one against power conference opponents, often by drastic measures. This is not a sustainable logic to bet with but it goes to show how much the Tide have an even greater advantage when there is no film on them.

Aside from QB D’Eriq King returning to full form, Miami will need a ton to go their way to be in this one. On the flip side, if they do pull off an upset, it could change the perspective of the whole conference. 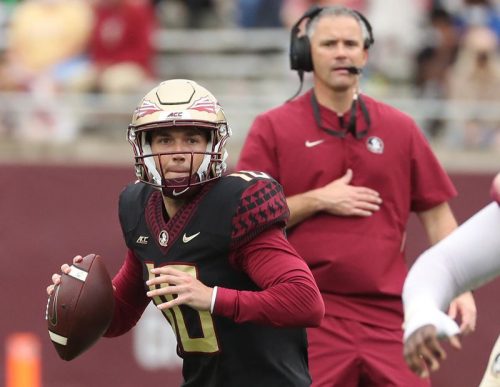 4. Notre Dame on the Upset Watch

After a rough season to begin the Mike Norvell era, Florida State opens the season as a 7-point underdog against the Fighting Irish. Whether it will be McKenzie Milton or Jordan Travis under center, the Noles have a major opportunity to turn things around quickly.

Despite being ranked No. 9 in the AP Preseason Poll, Notre Dame has some question marks, including quarterback Jack Coan. I predict the Irish to lose multiple ACC games this year and this may be one of them. 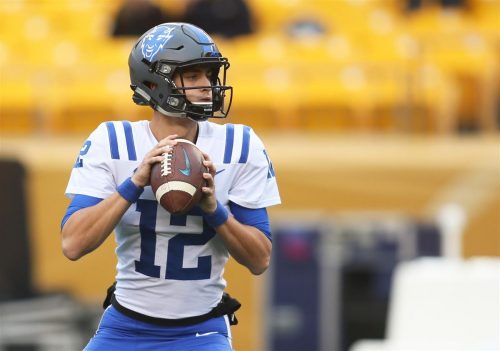 5. Bottom of the Conference Must Hold Their Ground

Two group of five opponents remain slim underdogs against their ACC foes. The projected bottom Atlantic division finisher, Syracuse, will battle it out with Ohio while Duke, who was picked last in the Coastal, will travel to Charlotte.

While both of these match-ups remain toss-ups, it is critical that they save the conference from embarrassment. Otherwise, the ACC will once again be set off on the wrong foot.