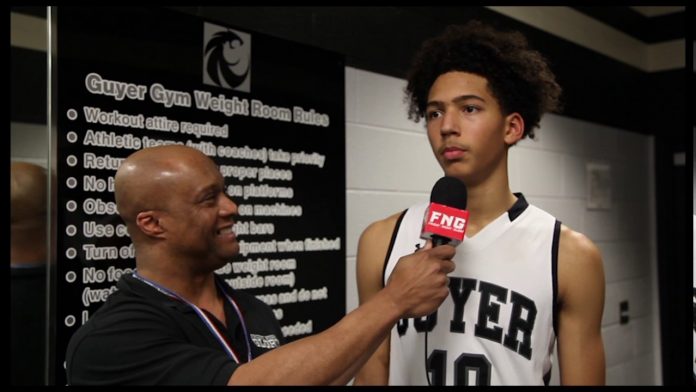 One of the top SF in the 2019 class, Jalen Wilson, announced his Top 6 schools. Wilson is a 5-star prospect and a Top 20 player in the nation. He is listed a Top 5 player at his position and the #1 player in the Lone Star state. The list of schools that made the cut included Baylor, Marquette, Kansas, Michigan, Oklahoma State, and UCLA.

Although it was all big names that made the final cut, they aren’t the only juggernauts who offered the talented SF. Wilson also had offers from LSU, Oklahoma, FSU, and many others. UNC and Notre Dame also showed interest. After watching his mixtape, it becomes clear what they see in Wilson. Jalen is a very versatile player that can play a variety of positions. His ball handling is excellent for a SF, and his jumper is smooth. However, it is Wilson’s attitude that separates him from the rest. He always puts his team before himself, and has a winner’s mentality. That is what champions are made of.

At this point in Jalen’s recruitment, it seems that each coaching staff has the opportunity to sweep Wilson off his feet and welcome him in to their program. However, it seems that Michigan has the best opportunity to do so. Our friends over at the Zags Blog, discovered that Wilson was named after a former Wolverines player. That player happened to be none other than Fab 5 member, Jalen Rose. This shows just how his family, specifically his mother, feels about Michigan. And when Mama has a favorite, it usually winds up playing in her favor.

While his family might have ties to the Michigan program, the past is the past. The Wolverines might be the favorite for now, but we aren’t counting anyone out. Wilson wants to play and be a leader, and we believe he will go where he genuinely believes he has the best opportunity to do so. It will be very interesting to find out where he winds up. He could be a game changer for any of those 6 programs.

Wichita State says see ya later suckers to the MVC