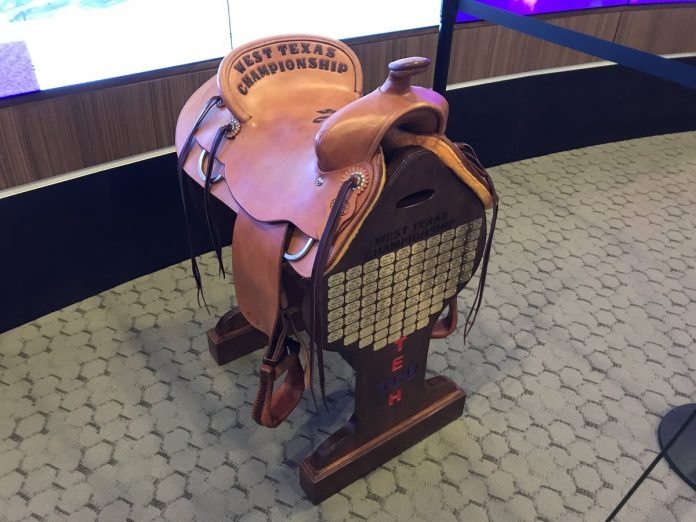 There are 61 days until college football returns. Today we’ll look at the West Texas Championship – the 61 game rivalry between TCU and Texas Tech.

The winner of this rivalry wins the Saddle Trophy. It was created in the 1960s and given out for 10 years before they stopped. In 2017, they picked it back up and began giving out the trophy to the victor once more. It is comprised of of a saddle atop a plaque that has the results for all 61 games.